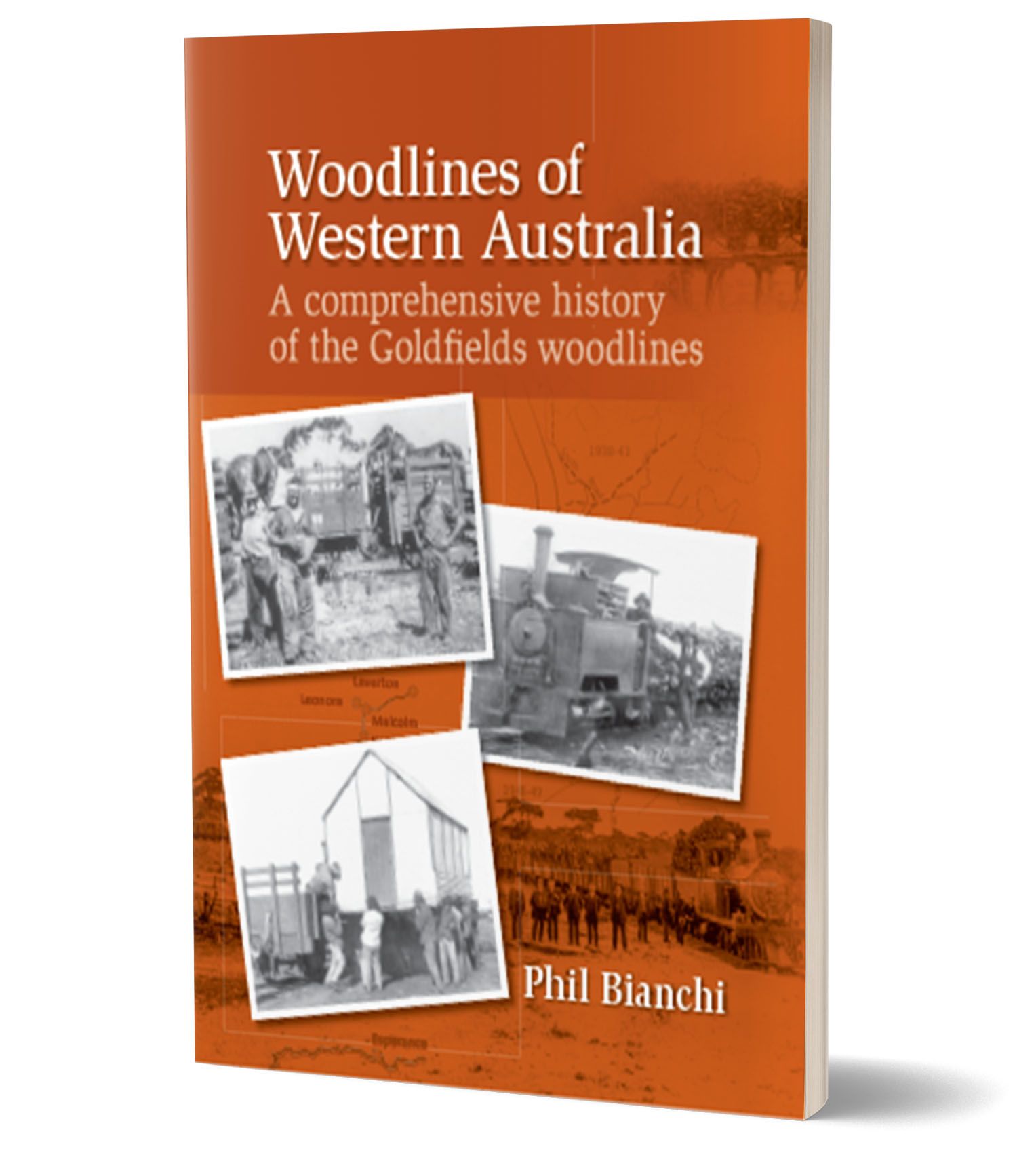 A comprehensive history of the Goldfields woodlines

Without a source of cheap energy to fuel steam boilers and for ore treatment, only the Western Australian mines with rich ore would have been productive.

Firewood companies established privately owned train lines up to 120 miles out from major centres such as Kalgoorlie to bring in firewood. Although the Kurrawang and Lakewood woodlines are the main feature of this book; other woodlines included Lakeside south of Boulder, Kurramia/Kanowna, Cue, Laverton, Gwalia and Westonia.

Firewood cutters, carters and loaders from war torn Europe, came to Australia seeking a better life; they lived in hessian walled basic camps with earthen floors and a tin roof. The book features 22 first-hand accounts of the hardships faced by woodliners working, living and growing up on the woodlines. Many a wife and family joining the husband after a few years were shocked at the conditions; suffering flies, heat, cold, loneliness, maggots in meat and poor-quality drinking water.

Between 1900 and 1964 a total of 21.6 million tons of firewood had been cut; during 1912-16 average production was 650,000 tons per year. By the time the firewood companies ceased operations they had clear-felled a staggering 3.04 million hectares of goldfields woodlands; almost half the area of Tasmania.

< Return to Woodlines of WA