My passion for WA history includes presentations on the four topics below. I have spoken at the Karrakatta Club, Weld Club, numerous Rotary Clubs, Probus and other non for profit organisations. I use Microsoft Power Point as a visual aid to illustrate each topic.

I donâ€™t charge for presentations.

Click on a buttonÂ below to find out more about each Speaking Presentation.

Murders on the
Rabbit Proof Fence

Woodlines of the
Goldfields of WA

The history of the CSR is fascinating and it was one of the great construction feats in WA’s history.

It’s the story of Alfred W. Canning and the development and subsequent use of the 1800 kilometre long Canning Stock Route from Halls Creek to Wiluna.

Original historical documents, maps and photographs are combined with oral history in a narrative discusses why a stock route was necessary, surveying the route, construction of the wells, drovers and droving, deaths and murders, early exploration and prospecting, well restoration in 1929 -1931 and again in WWII, CSR identities and adventurers, place name origins and tourism.

Alfred Canning was a modest man whose daring and endurance brought prosperity to
Western Australia. Employed as a WA government surveyor, he was engaged the survey the position of the No 1 Rabbit Proof Fence of 1890 km in 1902 - 04. He was then asked to lead a feasibility expedition to determine if a stock route between Halls Creek and Wiluna was possible. He determined that it was and was then asked to lead the construction teams. Work commenced in 1908 and was completed in 1910. Canning was an outstanding man of great courage and endurance capable of amazing feats of bushcraft.

In 1914 Canning was selected for the position of WA Surveyor General. The appointment did not proceed because the government was forced to introduce austerity measures at the commencement of WWI.

This presentation will be illustrated with copies of maps and journals made by Canning and will cover the Royal Commission reports which followed the construction phase of the Stock Route. It also deals with Canning’s return to the Stock Route in 1930 when his party refurbished the wells for stock traffic again after years of disuse. Canning died in 1936 and is buried in Karrakatta cemetery. 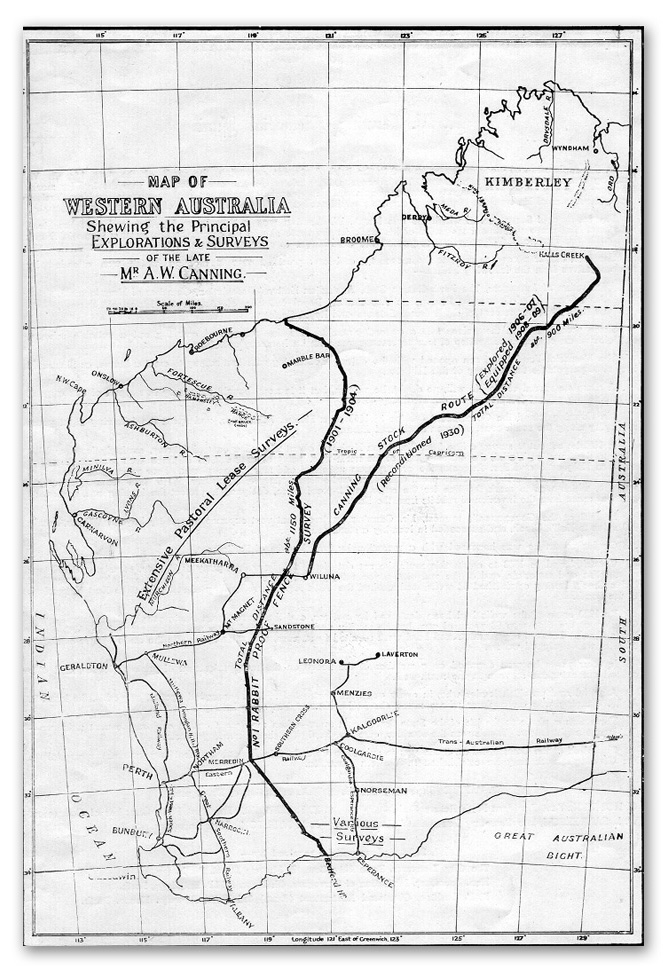 In the early 1930s at least three people were murdered by Snowy Rowles at dromedary camp on the Rabbit Proof Fence (RPF) east of Mt Magnet.  Prior to the murders, then unknown writer Arthur Upfield was a boundary rider on the RPF, for his next novel he was as asking the men at Dromedary Camp to help him devise the perfect murder. Little did he know that Rowles, using this strategy, would murder at least three people. 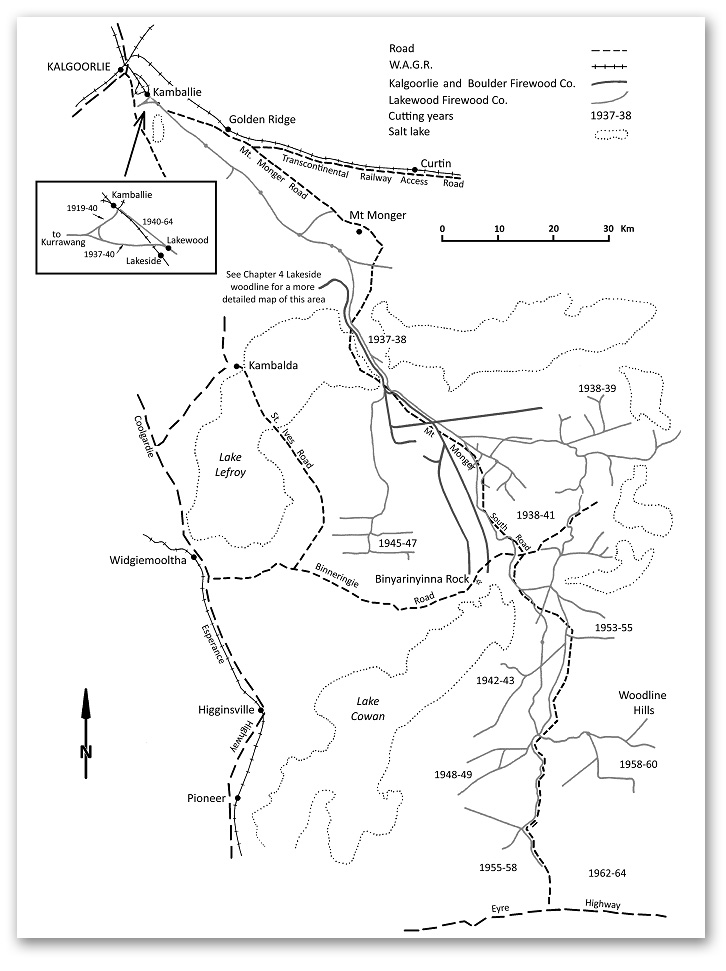 Speaking Presentation:
Woodlines of the Goldfields of WA

The woodline companies and workers played a crucial role in the establishment of the WA goldfields, by providing cheap and readily available fuel for boilers and electricity generation. The scale of the woodlines was truly extraordinary, with 21.6 million tons of firewood and timber cut and delivered between 1900 and 1964. A total of 3.04 million hectares, almost half the size of Tasmania (6.8 million ha.), was clearfelled to supply firewood and timber to goldfields mines and businesses. By 1910 an average of 550,000 tons of firewood was being delivered annually and over 1,000 people, mostly migrants, were employed.

Woodcutters, mostly from southern Europe, came to WA seeking a better life, many lived and worked on the woodlines living in basic camps with earthen floors. Life in war-torn Europe was difficult; often they had been paid only board and lodging. Although the work on the woodline was hard, they were actually paid! Any pay no matter how small, was spent wisely or saved, reflecting the idiom, 'Living off the smell of an oily rag'.