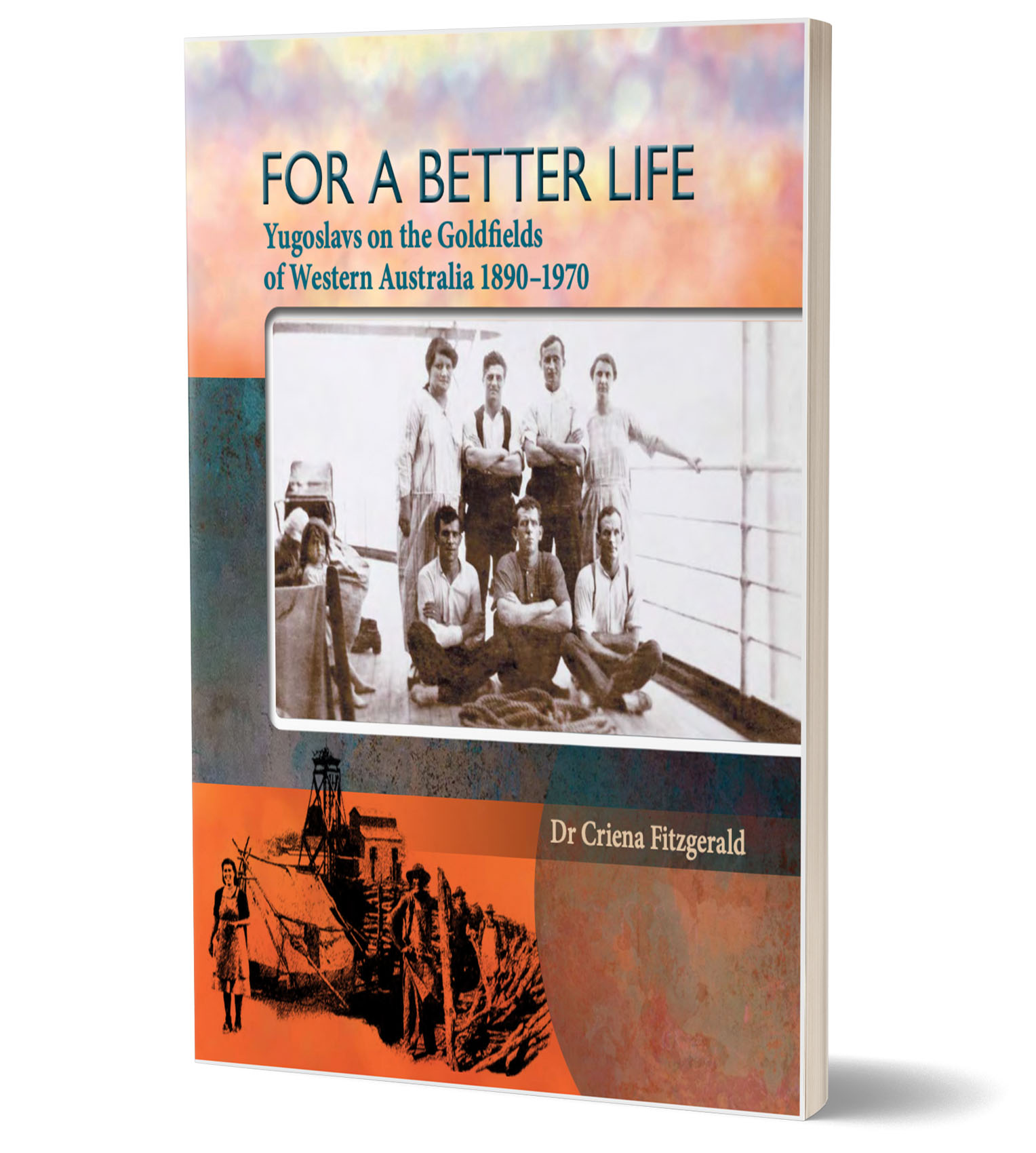 This book documents the social, economic and political history of migrants from the former Yugoslavia, particularly their experiences on the Western Australian Goldfields.

By 1900 the Western Australian goldmining industry was the second largest producer of gold in the world. Between 1891 and 1940 nearly 50,000 Southern Europeans arrived in Australia: more than 5000 of them came to Western Australia. From the 1890s these self-funded migrants helped shape the gold mining industry, working as boggers, truckers and machine miners as well as cutting wood for the industry on the woodlines. Indeed 75% of woodcutters on the woodlines were ‘Yugoslavs’. Their contribution to the mining industry has been largely ignored by historians as have their migration experiences in this isolated arid corner of the world.

Using a wide range of archival sources, photographs and oral histories, Dr Fitzgerald documents their working and domestic lives, internment and the 1934 riots.  She also writes about the significant contribution migrant women made to the successful settlement of migrant families in the goldfields.

The book was written by Dr Criena Fitzgerald. Phil Bianchi contributed to the chapter on the woodlines.

< Return to WA and Goldfields History